NHCFBC has been in operation since the year 2010, actively fulfilling its mandate to provide help and assistance to people in need, on a global basis. NHCF has raised donations in support of victims of flood disaster in Pakistan, drought in Horn of Africa, typhoon in the Philippines. In 2015, NHCF raised funds for Earthquake Victims in Nepal. The foundation has also raised funds for the benefit of 2016 Fort McMurry Wildfire Victims in Alberta, Canada. Some of these raised funds were channeled through OXFAM and through Canadian Red Cross Society, while NHCF members have also personally provided relief support to victims of Nepal Earthquake.

NHCF launched its first brunch program in collaboration with Kiwassa Neighbourhood House in May 2010, as part of its objective to alleviate poverty. By December 2016, about Five Thousand meals had already been served.
This was a monthly support program where NCHF volunteers, in partnership with Kiwassa Neighbourhood Community Center, provided free meals to the local people at Hastings and Nanaimo Street at East Vancouver. 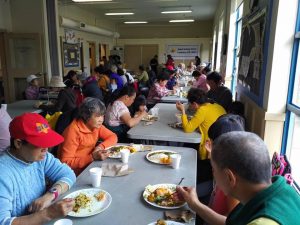 On April 25, 2015, an earthquake struck in Nepal with a magnitude of 7.8, followed by several strong aftershocks. The main epicentre of the disastrous earthquake was in Gorkha District. The quakes killed more than 9,000 people, and left many homeless and in desperate need of shelter, medical help and food. NHCF was actively involved in raising funds to support for those victims in need. We received cooperation from many volunteers for our efforts. We also received generous support from many local, national and international individuals and organizations. With the raised funds, we were able to provided immediate relief support such as tents, blankets, food and medical supplies to earthquake victims in various parts of Nepal. 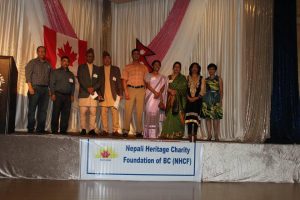 Transportation/Logistics – provided by the local volunteers. Estimated currency based on average exchange rate at the time and rounded at nearest thousand NRs. 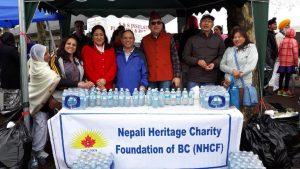 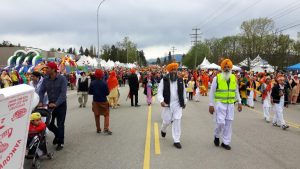 NHCF has started monthly evening meals program in collaboration with NightShift Ministry in Whalley, Surrey; feeding the homeless people in the Whally neighbourhood. Monthly evening meals have continuously been hosted and we serve about 100-150 hot meals each month. 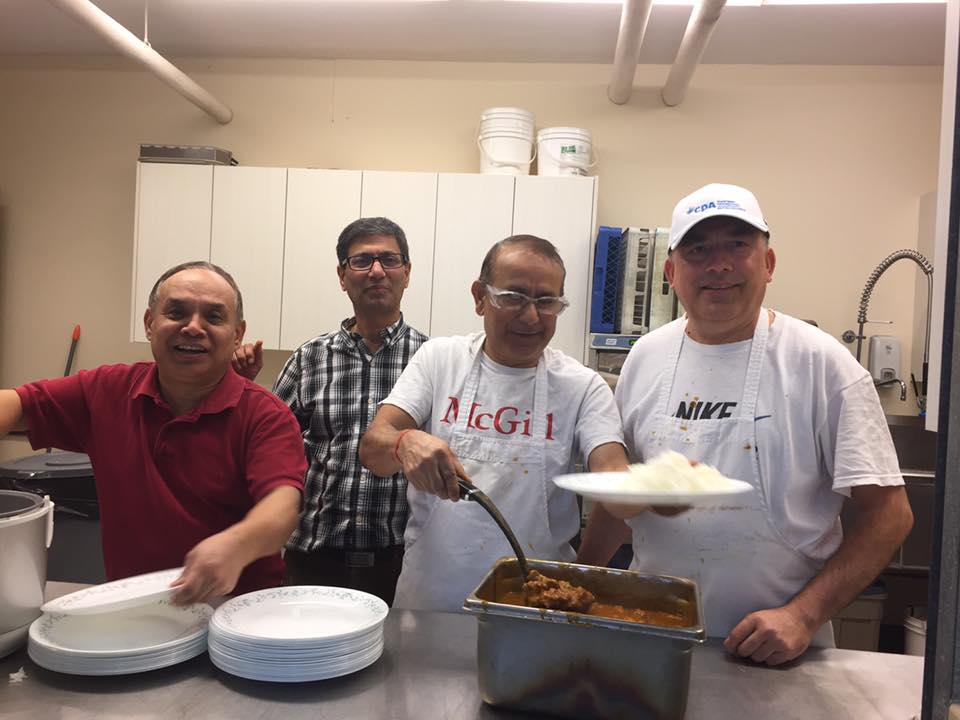 The foundation has provided financial support for more than 350 students of Shree Dewalingeshwor Lower Secondary school at the remote area of Orang Village,Dolakha district of Nepal in providing school supplies. The school supplies were neatly packaged in backpacks and distributed to students. 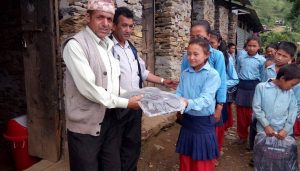 Rebuild Computer lab and library – Project completed. NHCF funded $9,000. More than 350 students have been studying in the school mostly from the local Kumal and Tamang communities.

Abbotsford Nagar-Kirtan is one of the largest annual parades in Abbotsford, where thousands of people from the Sikh community come together to celebrate their heritage. We served drinking water to thousands of participants that day.

In this program we showcased traditional songs and dances performed by talented local artists. Thank you to our numerous sponsors for making it a grand success! 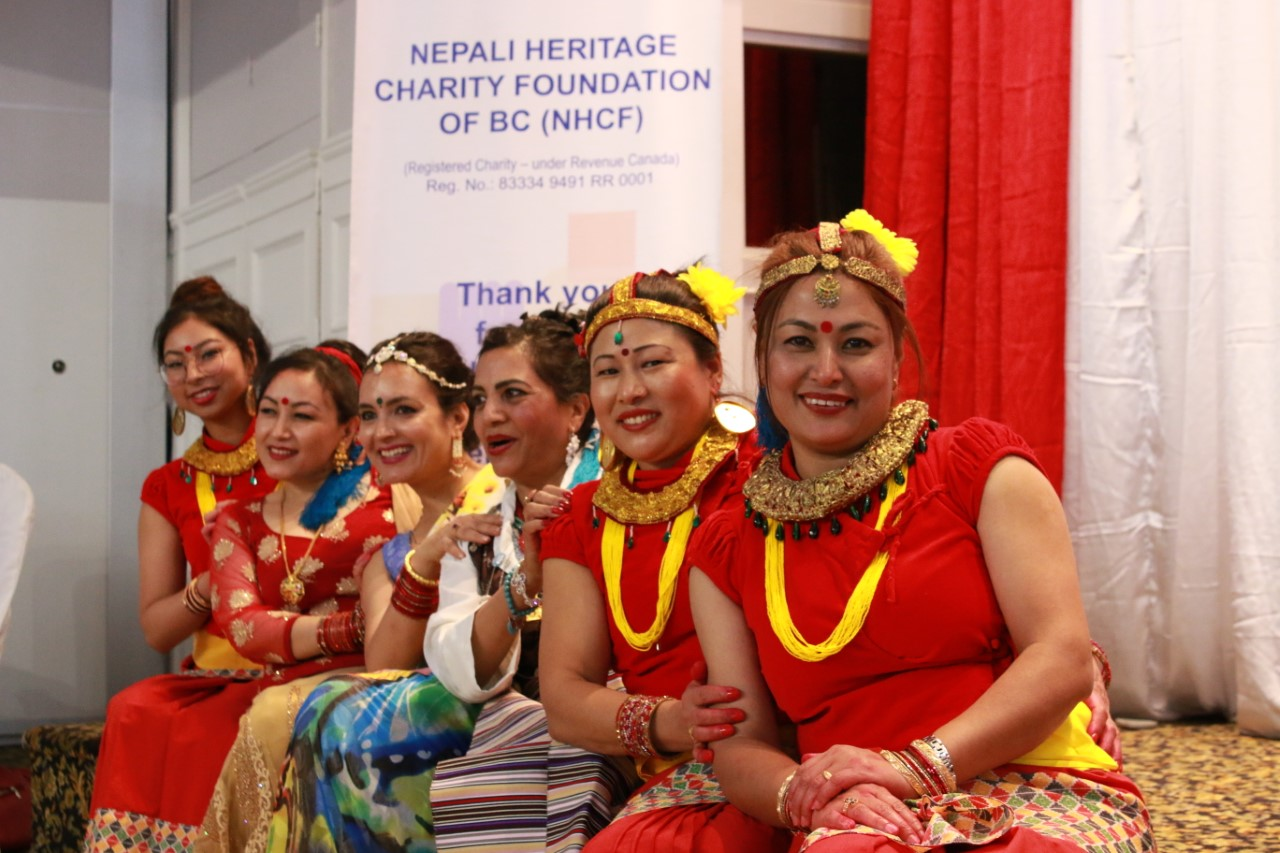 Since its inception, NHCF had been exploring possibility of charitable activities in Nepal. This came to fruition in 2013 with CRA approval to partner with Early Childhood Development Centre (ECDC) led by CNN Hero Pushpa Basnet. ECDC (established in 2005, located in Kathmandu) provides support to the children of incarcerated parents.

The children under its care receive regular medical checkup, vaccinations, and are enrolled in a local school. Please visit ECDC Nepal to learn more. Funds raised by NHCF and other individuals were remitted to ECDC for procurement of educational materials to the needy students.

Rebuilding of Shree Vidhyamandir Higher Seconary School, Baglung, Nepal has been completed in Partnership with School Management Committee. NHCF funded $38,500. Total project cost was $103,000 and about 1300 students are studying in the school.

Rebuild of Computer lab and the computer library of Shree Tribeni Higher Secondary School, Mirkot, Gorkha. Project Completed. NHCF contributed $9,000. About 400 students are studying in the school from grade 1 to +2 levels.

Project started at November 2018. NHCF has supported to low Income people in Kathmandu valley for income generation program of earthquake affected people partnership with Jhigu Paala Society of BC.

Our Partners and Supporters